Great Spirit, Holy Creator hear me.
We need to be awake—

The sun of civilization is setting,
hopefully passing over before
the mountain cracks.

Europe keeps coming for its
concrete—

Rome planted unholy plants over
the green earth, as time separated
us from the rocks—

Hope – that cascade of truth in
red orbits we read next to golden
lines to time Thou growest!

Tlanextili, Sun!  Tlanextili to the
old gods that harmed no one.

Peace be to the reigning powers
that gobble up peace, calling it
politics—even medicine…

Tlanextili, me!  Sunshine next
to rain still a rainbow!

Tlanextili, Earth!  We can return to
the goodness before the gun. We
can return to honor—

Truth springs eternal down the lines
that care, children always there.

Conmueva mi mentalidad, Spirit!  The
Earth where there are no words…

Without a medical degree I know what health is for me because I have lived with me for forty-eight years.  Breathing fresh air in the country is health.  Visiting friends is health.  Exercise and good food is health.  Sleeping well, balancing work, love and play… Health.  When those things align well, illness cannot touch me.

Yes, we have something called an immune system.  Natural defenses against disease that are far more powerful than poorly used masks by laymen who haven’t a clue how to wash and apply them correctly.  Avoiding living as a way not to die?  That’s the doctor-led government approach, and it lacks logic.

Live well!!  Live big!  Live great days, balanced and strong.  Avoid imbibing flammable liquids like alcohol.  Avoid inhaling smoke into your lungs, or overeating… Those are good “hold-backs,” good natural remedies governments are not pushing now.  Believe in a Power greater than yourself that’s positive and loving, place that Power in care over your life!

Positive.  Loving.  Go out and live, kick up dust and make that blood circulate like gangbusters!  What doctor couldn’t say that was a healthy thing?  Or… cringe.  Hide.  Hold back and fear… It’s your choice!  Sober eighteen years my choice for today is the same one I was making before governments collaborated with doctors on the Great Covid Panic of 2020: 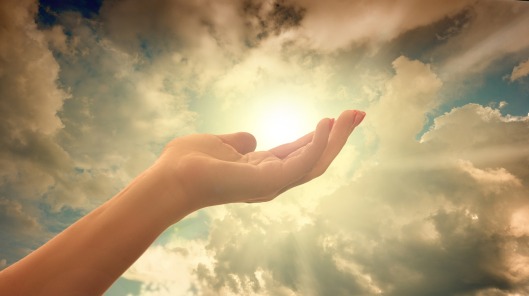 WE THE PEOPLES OF THE UNITED NATIONS DETERMINED

to save succeeding generations from the scourge of war, which twice in our lifetime has brought untold sorrow to mankind, and to reaffirm faith in fundamental human rights, in the dignity and worth of the human person, in the equal rights of men and women and of nations large and small, and to establish conditions under which justice and respect for the obligations arising from treaties and other sources of international law can be maintained, and to promote social progress and better standards of life in larger freedom,

AND FOR THESE ENDS

to practice tolerance and live together in peace with one another as good neighbours, and to unite our strength to maintain international peace and security, and to ensure, by the acceptance of principles and the institution of methods, that armed force shall not be used, save in the common interest, and to employ international machinery for the promotion of the economic and social advancement of all peoples,

HAVE RESOLVED TO COMBINE OUR EFFORTS TO ACCOMPLISH THESE AIMS

Accordingly, our respective Governments, through representatives assembled in the city of San Francisco, who have exhibited their full powers found to be in good and due form, have agreed to the present Charter of the United Nations and do hereby establish an international organization to be known as the United Nations.

Cloak and Dagger: The Unexpected Beginnings of CIA

Almost 70 years ago, in the blistering cold of a January winter, President Truman hosted a small, secret ceremony at the White House to establish the new Central Intelligence Group (CIG)—the CIA’s institutional predecessor—and to swear in Admiral Sidney Souers as the first Director of Central Intelligence (DCI). This ceremony, however, wasn’t like most official inaugurations: The CIG began its brief existence with a phony cape and a wooden dagger.

January 24, 1946: At lunch today in the White House, with only members of the Staff present, RAdm. Sidney Souers and I were presented [by President Truman] with black cloaks, black hats, and wooden daggers, and the President read an amusing directive to us outlining some of our duties in the Central Intelligence Agency [sic], Cloak and Dagger Group of Snoopers.

Preempt threats and further US national security objectives by collecting intelligence that matters, producing objective all-source analysis, conducting effective covert action as directed by the President, and safeguarding the secrets that help keep our Nation safe.

We’re for Peace, but we’ll be keeping secrets.

We might take covert action, so United Nations
of the world:

Be on notice, as we host your meetings
in our New York:

We will do whatever we want, whenever
we want, invade Korea, Vietnam,
El Salvador, Guatemala, Chile—

wherever we please, whenever we
please, our capitalist expansion and
defeat of communism more important
than world peace commitments.

The fifty states of peace are there for
you and me.  Wide is the path to
destruction, and many are on it driven
by fear and seven deadly sins, easier to
go with the flow.

To those on the narrow, where I
try to be:

All we can do is live well and point
out our joy, give to others and pray
for Peace.

Lost Angeles is not where I started.

My home may be more to the East,
depending on where you are standing.

From Wales in 1606, three Watkins Brothers
came for what?

On a later date I will explore
the U.K. and Wales in particular
for problems of that age and ours that
would make people uproot, leave their
fathers’ graves, and take to new land.

Unfortunately, it was land inhabited by
a great people, those we now call
Native Americans.

Over the years, friendship with the
“Indians” became a “conquering” process,
where—in the end, we conquered nature.

All around me now in L.A. I see
proof of disillusionment, proof of
fish out of water, people without
homes—

A fractured race, littering trash, “getting high,”
trying the cope with being uprooted so
many years ago.

Slaves brought in chains against their will.

Criminals dumped on our shores.

Melting Pot or Waste Pit? This is the place
where you go to “start over” or “escape?”

To Wales I go someday to find my
answers, about “my” people.

I hope you find yours, and if
brought here illegally like the slaves
aforementioned: demand of
this corrupt American government
restitution at least in the form of
twenty or so thousand dollars each, so
that you may go back and visit your
homeland—

the one they tore you from, to decide
if maybe that is where you want to be,
not in the trash pit that kicked out
God, Nature,

And the Native American in one fell
swoop.

“Who cares?” the great anthem
of all who squat and steal Indian land,
steal it over and over again as we curse
with our language and actions to kill
off nature, one block at a time.

I love God. Indians were one with
their Creator—the Great Spirit, but lost
out to the vast numbers of usurpers
coming West by the thousands.

Usurpers, who left their fathers’ and mothers’
graves behind them.

How could they do such a thing?

Why would they do such a thing?

Wasted, and washed up on the shores
at one time calm and peaceful with
an attitude of gratitude prevailing like
a wind through Sunday, the birds and trees
our music.

Now we have butts and beer cans, the
sad memory of what we did calling
it “the best we could,” a sham as alcoholic
squatters open up another alcoholic
drink, use curse words that native Americans
never used before the invasion.

Cursing, spitting, not caring is the way
of today’s Los Angeles.

I am leaving it, with the hope that the
Indians return to care for the land here.

God bless us to stop and care
as they used to care.

As they used to care…