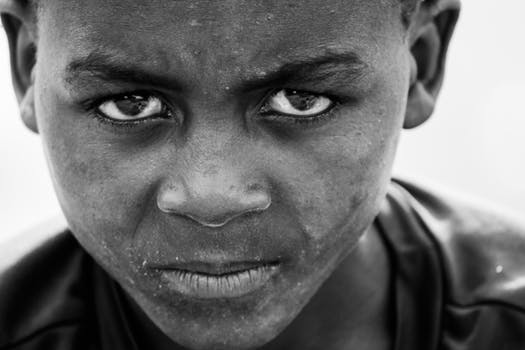 I was reading Jay J. Jackson’s new book, Circumcision Scar (Hookona Books 2020), and it occurred to me I related to the author in ways I wish I did not.  In Chapter Two, Jay discusses his “Circumcision Awakening” at age twenty, when with his first intimate partner he realized what had happened to him against his will as a baby…

“My boyfriend said that he’d run into this issue before…”

They were talking about Jay’s apparent erectile dysfunction, coming to the fore at the same time he was learning for once the reason his penis was different than his uncircumcised father’s and his uncircumcised boyfriend’s.  That boyfriend attributed Jay’s “inability to perform” to “having no foreskin,”  then went on to explain, according to Jay, that his “glans [penis head] had been desensitized over time through the day to day friction it was exposed to…”

All of which ringing a sad, loud bell within myself as a victim and survivor of unconsenting genital mutilation when I was a baby.  I was reminded of a girlfriend telling me once that I was the first circumcised man she had been with, and also that I was the first man she had made love to who didn’t hold an erection for the entirety of love-making from first arousal to orgasm.

Like Jay I was an athlete growing up and exposed to much movement and friction “down there.”  And unfortunately, like Jay, I had trouble with sex, love, and found my way into a dark, unmanageable depression including prevalent suicidal thoughts—and eventually two drug overdoses.  Throw in drinking alcohol on Dad’s lap young, then with friends by twelve years old, blacking out on the substance by thirteen, and you have a good picture.

The start of recovery at Betty Ford Center, four years of Al-Anon twelve step work, then admission of my alcoholism and my last conscious drink of that substance on March 6th, 2002—and you have a better picture.  Recovery didn’t give me instant success at love, and I was a virgin until thirty-three years of age, seven shy of that Steve Carell comedy on the subject!  A total mess, for me starting with the first abuse:

The violent removal of a body part obviously and firmly attached to my penis, obviously and firmly for a reason—whether you lean toward Darwin or God’s evolution of our species.  The penis foreskin isn’t falling off, barely there, or needing detachment from Mom like the umbilical chord.  It’s there to protect, lubricate, cover and help the penis do its job over our lifespans, praise God (or Darwin) for the miracle of our natural advantages!

But not for me.  Not for Jay.  Not for about forty percent of the world’s men, according to the National Center for Biotechnology (https://www.ncbi.nlm.nih.gov/pmc/articles/PMC4772313/).  Who or what is leading this mass, bloody exodus of protective penis skin?  Jews?  Muslims?  Christian doctors with Jewish/Old Testament bible sympathies?  Confusion itself?  The Devil?  I’m laughing now, which is better than crying in my girlfriend’s lap.  The world’s women might wonder why their man can’t keep it hard for them…

The world’s women and inquiring men too, might wonder:  Why is Viagra so popular?  Why all the surging erectile dysfunction and medication to supposedly handle the issue?  Well, I’m for logic and for simplest solutions…  Perhaps it’s time to point out the very obvious problem rolled up at the end of our noses, in front of all our often shy faces:  God or Evolution put a protective covering over the sensitive tip of male genitalia – with the female stuff our great baby-maker, and even a really fun time if used properly!

Maybe we should leave the foreskin where it is until a boy becomes a man of consenting age.  If that young man wants to join a religion and carving off part of the penis is part of the joining—so be it.  Until then, join me in denouncing unconsenting genital mutilation as a human rights violation.  Join me in questioning an ancient but questionable practice that has circumcised men with the courage to speak speaking.  Regretting.  Hoping for change, if not for us, for the next generation!