Hello, my name is Will.

That never seems to impress anyone, but I say it anyway because it is sort of true.

I steer away from absolute truths most of the time because they can be somewhat boring and inconsequential.  I write comedy pieces a lot, which hardly anyone likes.  I am better at poetry, maybe because I was named in part after William Shakespeare by parents who never read.

Years ago, I read in an old second hand bible that Solomon had many wives, but also had written Proverbs—one of them exalting the “Wife of Your Youth” and that you should rejoice with her, be with her, honor her, etc.

I am currently seeking my fourth wife with vigor, despite these warnings from the bible, one of which especially suspicious due to one of the warner’s polygamy.  One thing I’m pretty sure of:

Little Billy, Tommy, Ricky, Mike, Jonathan, Suzy, Penelope and Roberta will be so happy to find a proper mom.  If you are out there, give me a call!!

I tend to carry my kids around like luggage, which I’m sure they appreciate and enjoy.  They seem to like multiple Christmases and zig-zagging all over the country to be with their moms and their families.  I never sit down and ask them how they feel, but I have a sixth sense about such things and know they love the adventure of it all!

I fall in love a lot, and am not too into vows and commitment.

Would you consider hanging out with me and being my fourth experiment? 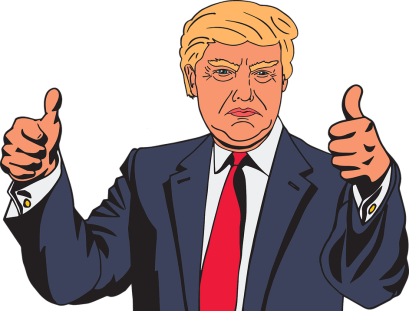 I am here today to celebrate national freedom and economic justice for all Americans, white, pink, tanned and proud.

We have long had regulations lording over us oppressed businessmen of tanning booth sheen.  But I have a dream that the days of persecution are numbered, and that America will once again be the great nation it was when President Andrew Jackson kicked out the Cherokee people and made them march with their tails between their legs out of Georgia so we could plunder her gold reserves.

I have a dream today!

That one day, we will return to the glorious order of the segregated south, a separate but equal system uprooted by political correctness and communism.  Martin Luther King was a great man, like me, who wanted economic justice like I do.  For that reason, I propose an end to all regulations that restrict free trade, except in the steel industry and Canadian lumber.  CLEAN COAL!!!

And if men and women desire to hold, sell and buy slaves, we should abolish the abolishment of slavery, an institution that was good enough for Thomas Jefferson, so why not us?!!?

I have a dream today!!

That the bald will have hair, the toothless will have dentures that hold tight in the wind, rain, sleet and storm, during a speech, in the humidity of a Florida golf course, or on the dry cabin of Air Force One.

That one day, my children will not be persecuted in my name, but will be the respected ministers of the American government they are!!

I have a dream, that peace will reign throughout the land not because of its diversity, but because our military and police forces will be so strong and lethal that all will fall in line with my will out of natural fear…

That a man will be judged not by the size of his hands generally, but by his height and weight, by proper doctors like Ronny Jackson – who happens to be a rear admiral.

When I asked about getting a real admiral for the post (and my staff are working on this now), it occurred to me I could just move his “rear” over to Veteran Affairs.  He has been warned that his budget will be cut in half so that our current military can make a needed run for the southern border to protect us from all the brown drug dealers pouring over into Minnesota to sell our children pills and Americanized tortas and burritos at inflated rates!

That America will be great again, that slavery will return, that white supremacy will rise—which is good for blacks!  Look at my ratings!!  Look at the economy!!  Look at the stock market!!

Look at what we are doing today at the EPA!  No more will “No” be heard at the breakfast table of freedom, but Cheerios will be sprinkled with the sugar of “fuck you” and “who cares.”  Political correctness and environmental protection will die as sure as Christ suffered for our sins—except these regulations had it coming, while Jesus…  Well, when I read about him I will let you know what I think.

Fox News will be airing a show on the Christ soon.  Watch it!!!  The failing New York Times and Washington Post will tell you not to, and NBC will tell you lies that “Trump is bad” and “Trump is not a Christian.”

I am the most Christian person you know, believe me.

I am the least racist, most smart, least braggadocios, most truthful, most experienced president the country has known, who has done more for poor people and minorities than any president in our proud history has ever done—Believe me!!

I have a Dream!!!  Believe me, Dr. Jackson says my dreams are the best he has ever heard about, are signs of maximum health and success!!!

My dream is over!!

I’m flying above you in Air Force One now, not because I have to (I’m privately rich and not in debt)—but because I love serving the people high on fast food sugar and fat.  All of this without a sip of water, Lil’ Rubio—all this without Comey’s lies and Mueller’s fake war record.

God bless you.  And God bless America.  This one, not the fake shithole ones to our north and south.

The president at that time was cut short by protesters.  He gave the sign for police brutality against them, a cutting motion with his hands.

Trump spotted Mueller in the crowd, raised his eyebrows, added “No collusion!!” on the microphone before approaching the special prosecutor for a meet and greet.  Trump tried to shake his hand, then go into a hug like the Comey White House shuffle, but Mueller just stared.

Trump pretended not to have asked for Mueller’s hand, looked for Melania, but she was praying at a local Tolerance museum.  He settled for a stroke of his own hair, double-timed for Marine One, happy with the speech, McDonald’s Big Macs calling him, Fox News and a needed trip to Mara Lago.

Puerto Rico is an island.

Nobody knew.  It was surrounded by
water… Still is, in fact!

When land stops, water takes over.
Their country is such that it is like
a circle, maybe an oval or a long
donut without anything in the middle.
In fact, the land is the middle of the
donut, and the water is the outside,

No, I don’t divide! We’re going to bring
America back, workers back, because that’s
what I am—I’m going to get rid of all
business regulations, bring coal back!

Clean coal is like a donut.  Without the cream,
more like a Danish—which is in Scandinavia—
nobody knew!

So clean coal, untouched by Muslims—who
are like a day-old donut you buy at one
of those truck stops.

Those are my people.  The trucker, the worker.
You don’t see them taking a knee during
the national anthem.

They are at the rodeo drinking beer, and hot
dogs—which by the way, sounds pretty good
right now!

Stand for the anthem. Fake news and
radical Islam is killing us.

We should be friends with Russia!
It’s better to be friends! They stole
Crimea. They stole back their country.

It’s none of my business—I’m a business
man, politics is okay—I’m draining the Swamp!

Andrew Jackson was a saint!

Are you tired of winning? So what!

They say the English language is good.

I speak good. Say words no one else says,
and I say them in a way that makes America
great!

I’m sick of winning! And fake news! Look at
them taking pictures in the back!

It’s a trail of cheers! That’s how I got an
A on every test. I was a great student;
better than these other guys.

Puerto Rico is in our country, you say?
Well. Maybe.

But it is an island. Very hard to get to, if you…
Here, look at the map.

It’s mostly blue.  Then there’s this tiny bit of
orange and green—that’s the land.

So, Puerto Rico is special—their people
very special, and they are tough and
we will get through this thing.

Very special to me.  I’m glad they are
speaking out—I love to watch them speak.
When their lips move, I feel like kissing
them!  And believe me, they kiss back!

I’m winning! Are you tired of winning? Take
our country back for white—for workers!

Like Russia.  They just took back
what was theirs, let’s be friends—