Let’s stick together, fend off
the other.

We used to be an “other” long ago,
but not me that was my
progenitor, not me—let’s go!

I’d rather be dead than caught
in the web; liberal diversity’s not
for me, I’m a Christian, just
the type who’s white, ticked
and armed, so back off.

Someone once challenged my
right to kill.  They were invading
my house, so I had to defend, but
in the army learned that shooting
for the torso of a human was
defending so killed him.

One must defend one’s family—
which is everything.  Blood relations,
keeping America white.

They say this was native American
before it was white European but I
kinda’ think that’s Fake News.

I ignore God when I want to
and cheer at Liberals’ defeat,
this is a war and I wanna win so
let’s kill as much as we need to
let’s win.

Stop ‘em at the border, kill
‘em if we must, build a wall,
Jews will not replace us.  Divide
and conquer’s not the devil’s
line—Believe Me!!

Let’s go to the rally!  Are you going?

So much winning; I love it
how we won all those wars.

Vietnam was fake news, we won
that too!

Kennedy had it coming, I love
CIA movies and their covert ops,
I wish I could take one now,
see all those babies separated from
their mothers at the border,
I’m Christian but the kind that
likes White Jesus, and sick
of the politically correct brown
one they cook up downtown
in what will become a sanctuary
city if we don’t spread Trump
fever fast and build that damn
wall! 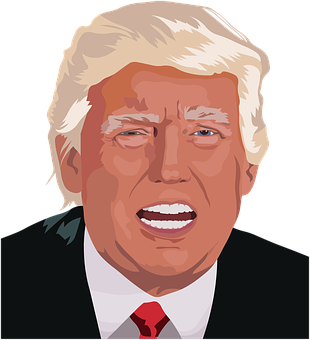 Peace dreams of having many friends.

Flourishes in groups of one mind, or alone on long hikes up the mountain or to the lake.

Once upon a time, there was a large, old, orange negotiator, who had weaseled his way to leadership in a large nation with borders, history and clout.

He was notorious for lying, cheating on his wives, a bumbler and a bully—an avid golfer and talker, highly in debt abroad but always pushing his own business “success,” always assuring others of his prowess and abilities.

He likes to use catch phrases poker players might call “tells,” such as:

“Believe me” = I am lying.
“We’ll see what happens” = I have no idea what I am doing.
“There were good people on both sides” = I am a racist thug.
“Fake News!” = Stories published that hurt my image.
“He’s a Great Guy!” = He’s about to be fired.
“We’re going to take care of” = We’re skating by this moment, saying what makes story die.
“The incredible men and women” = I deify people, because I am myself a god.
“Billions and billions of dollars” = I am obsessed with money.
“Witch Hunt!” = an investigation I do not like.
“Many people are saying” = I am saying.
“Smart people” = People who support me.
“Total disaster” = I didn’t create it.
“CHI-na!!” = Racial slur hidden under tone to stir up racist base.
“Wiki-Leaks!!” = His savior, allowed him to “win” election in 2016 by cheating.
“Nobody really knows,” “Nobody knew” = I didn’t know.
“Lock her up” = Misogyny and misdirection.
“Build the wall!!” = I hate Mexicans, brown people.

The orange negotiator liked to combine catch phrases, too:

“We’re going to take care of it. A LOT of money! BELIEVE ME! But, we’ll see what happens.”

And the crowd would erupt.

“Build the wall!” a code for “I’m racist like you!” and the crowd would go crazy again, lift the orange negotiator to leadership of this country. 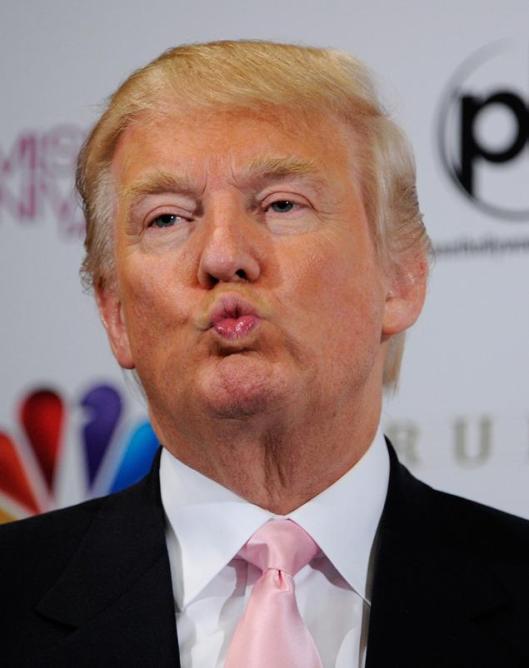 According to top sources in and out of the White House, Donald Trump is here to stay.

Further research, though, into Hunch and Conviction has yielded different findings:

That, perhaps, Donald Trump has had enough and is eagerly looking for an exit strategy.

Hunch informed a Little Bird, who made his way past loud helicopters, sirens and all the horrible noise of cities to whisper earnestly of Trump’s first “resignation” discussion with family this weekend.

The news comes in the wake of great disappointment and loss, FBI investigations and Flying Nunes Acts.  “Pulling a Nunes” has, in fact, become a term on The Hill for “confusing the living whodad out of everybody.”

Late Friday night, according to White House aides Mo and Schmo, Sessions and Trump relived the salad days of their Russian-aided campaign, playing old VHS-quality videos of rallies, trying to stir themselves and staff with a “Lock Her Up” chant.

Looking around, they remembered their fired friend Michael Flynn, and it made them too sad.

Trump reached for the popcorn, smiled at his bucket of KFC, stating somberly:

Sessions started to well up, cleared his throat for a speech, but went in again for one of those monster handshakes.

“You really are a great guy!” Trump asserted, prepping for another big manly handshake before Ivanka came in to remind the boys that it was “time for bed.”

“She really is quite attractive isn’t she?”

Sessions cleared his throat again, sure to come up with something great this time.

Instead went in for another shake, Trump grabbing him warmly.

They crammed down some last minute Pizza Hut morsels, ejected the campaign tape, considered throwing in their Brokeback Mountain DVD, but aborted to Ivanka’s reprimand from outside the oval office door.

And that was it.  But not before Trump got deep with his campaign crony, one more time:

“I think we got about two weeks before the wheels come off, Jeff.  And I want you to know: It was worth it.”

Jeff cleared that throat, sure the right words would emerge this time.

The last thing Ivanka heard on her way down the hall was the clap of hands between her loving father and his buddy, Jeff.

That Devin Nunes greeted her from a service elevator at that moment completed a wonderful picture of fear, collusion, brotherhood and lies.

And only the White House knew what he meant.  And that was the plan.