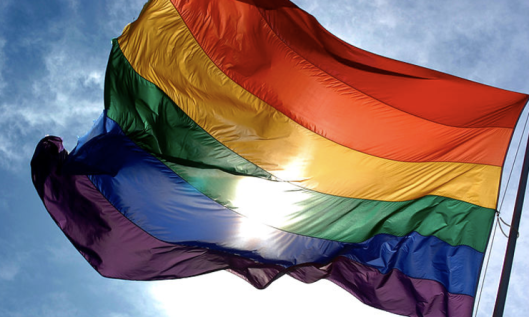 In around 1999, I was checked into a psych ward, not for sexuality but for mass confusion, depression and suicidal tendencies.

Finally one day closer to 2002, it became clear that the only thing wrong with me was alcoholism.  That I needed to stop all and any use of mind-altering chemicals like alcohol, drugs, and self-pity.

But at the time, I was in the psych ward, on the first floor, talking to a social worker.  She was a nice, portly lady, and we had a good talk by the side of my bed.

We had our own rooms at that place, so you know it was expensive.

Didn’t make it fun.  A strange up and down time.  My mom visited me with a book of poetry I have since lost.  Couldn’t be better than the one Grandma had at her house before she died.  Had I been more alert at the time of her death, I would have asked somebody for Grandma’s poetry books.

Someone brought my guitar, too.  Could have been that time or another, come to think—I lived in psych wards off and on for a couple years.

The social worker and I were talking, and I got into my story.

Realizing that I was a poet, loved musical theater, and was a twenty-nine year old virgin with a long list of romantic failures with the opposite sex, we both decided that:

Now, mind you, we were in use of the modern “gay” meaning homosexual.

It’s weird that word was hijacked back in the ‘70’s.  One that used to mean “happy.”

It beat the shortened four-letter deal they were calling homosexual people, and it stuck I suppose.

I used to take the word “gay” on the comedy stage with me, declaring myself a very gay man, citing all the ways I was happy and that I wanted the word back for heterosexual use!!

A James Taylor-like Takamine acoustic guitar behind us with great action—my first guitar—on the bed, deciding my sexual truth and/or fate.

I walked away from the meeting with the social worker, declaring my gayness to a few people around the fancy psych facility.

It seemed easy, at least easier than performing as a heterosexual man.

There is more act, more effort involved, I think—in being heterosexual.  It’s not like you can declare your heterosexuality and get a lot of attention.

You were not joining a small club, but an expected state of humanity.

After a two-hour walk around with my new sexual status, I felt okay, but came back to my room before dinner at the nice cafeteria with awesome salad bar.

I was learning Tagalog from the Filipino cook, the dinner a show of sorts and I entertained a bit, under usual circumstances.

But gay Bill seemed calmer, more withdrawn, even shy.  To myself more, to be sure.

I did what all proper alcoholics in recovery do, even though I was not fully sober yet:

I prayed about it.

Do you want me Gay,
or Heterosexual?

Gay was easy, could be a fun couple years, but I foresaw a disease and short life.

Heterosexuality was difficult, took hard work, and smacked me in the mouth with my historic failures, leaving me an old virgin.

But more God was in that road, and I saw a longer life…

So, I re-chose heterosexuality, and did not turn back, except for the odd thought—which I welcome as a challenge.

The thoughts I would really like to get rid of are my goofy memories from playing high-level volleyball in the past.

I used to think, if I could do it all over again, without drinking alcohol on Dad’s lap at five, drinking it with friends by twelve, blacking out by fourteen and messing up my life—that substance killing loved ones:

I would have been a triple threat entertainer like Fred Astaire.

And my sport would have been hiking and nature, camping and fishing.

Now, after my Native American studies, and studies of my family background, I consider:

What if I had been born in cosmically native Wales, United Kingdom, where the Watkins family came from and thrived before invading America in 1607?