We smile heading up the hill—

Life is but a game of thrills—

Every ill and fear is false evidence
appearing real, go to the mountain
top and tell God how you feel—

For the grave, as Longfellow did say
is not life’s goal, ashes to ashes and
dust to dust cannot cloud nor dirty
the soul—

Climb up or down do work every
single day.

Physics and science meet with the
spirit too,

in a place both artists and scientists
equally call truth.

Call on major forces to align and
believe, honestly

it’s the youth we want in you, not
the jaded adult

so off we go another day today,
doing everything we can

to be as children to enter heaven,
quoting gospels,

Then native American chiefs are next,
wisdom flows like waterfalls, good
luck trying to catch one, like sand
through hands, each rock a boulder
of cells in the universe under a
microscope,

Searching we seek,
Finding we found,
Asking the key step
after admitting we
can never do it all
alone…

It’s not as late as you think…

Time is such a relative thing…

Peace is at the end if we live and
love now like a child.

Be about it, and I’ll be rooting
you on from the clouds…

Not on my watch.

How about a game of hopscotch?

Vex not, love today then strong
and sure, read Longfellow, with
a firm and ample base—now,
And ascending and secure, Henry
and Henrietta—

Shall tomorrow find its place;

Vex not, or do, it’s whatever makes
that smile in you, do nothing.
Do everything.  We have to give it
all away sometime, so why not
grow a tree!

Vex if you want to, go with the
flow of all you dream to, there’s
the cycle, once on we live forever,
a comfort to the vexing type,
Give up all to get everything
tonight. 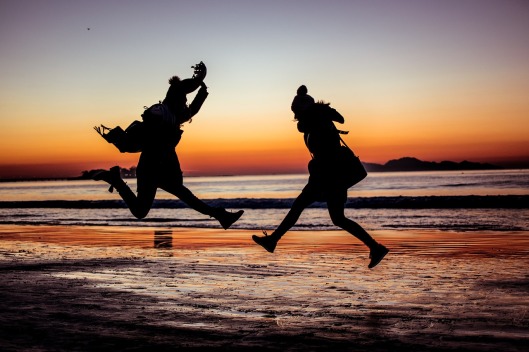 In the Mary Baker Eddy spirit,
rising in lines hopefully,
as an Ella Wheeler Wilcox sonnet:

I have overcome all illness,
God is here, and for you too—
We are all better, no complaints!

If we pause and doubt, cringe
and dip low in thoughts
We indeed worship Pain not joy,

We hoist “Cancer” up, some ailment
we raise until it becomes king.
Abolish that horrid monarch now;

Force abdication by your positivity;
the way you think is by God known,
So build today then, strong and sure

With Longfellow’s firm and ample base,
ponder not because you cannot
see Higher Power that it fails,

Or that some form of loving God
does not exist!  It’s in us, our healthy
loving thoughts!  So be with me

Pure in thought today, skip
rooms and offices to drop our
hundreds on white coats and insurance

gambles and gambits.  Walk the trail…

John Stuart Mill was the first to go through
what we went through, the modern
liberal arts education.

He had a nervous breakdown, before any
of that education was of any use.

In all the classroom work, and work, and
work some more he had never

learned how to Live.

The basics in life; feelings expressed, a friend
with whom to talk about real things, no guide
asking him what his dreams were.

Parents’ dreams are another thing, and while
I believe in honoring them, that does not
mean doing their will over God’s for you.

Who is asking you what your dreams are?

If you are a child, and no one is supporting your
dreams, break out now before it’s too late.

A nervous breakdown awaits, if you think
“college” will sort all out for you some day.

“And ascending and secure,
Shall tomorrow find its place.”

“And this our life, exempt from public haunt,
Finds tongues in trees, books in the running brooks,
Sermons in stones, and good in everything.”

Alcohol for burning things, youth for free expression
toward our dreams.

Obstacles, teaching Gradgrinds driving facts
as fictions, such as “college” prep over Life
Prep we must overcome

“Else our lives are incomplete,
Standing in these walls of Time,
Broken stairways, where the feet
Stumble as they seek to climb.”

Break out or breakdown, live your true
purpose or be sheep to shear and slaughter
on the way to shattered hope.

Choose a higher power, step away for
truth to shine, get strong and build your
spiritual home invincible against

the wide pound of rain that has been
other peoples’ ideas for you.

A retreat into snow on a cloudy
day, sun the shine of yester-
mornings, regret a post-idea fact
of a Kennedy effort at World Peace.

A reading in the sun, times with
you, my mountains—this could be
fun!

A Santa Barbara beach, a Pasadena
moon over hills, the Los Angeles trash
of bad budgets a thing of the short-
term past, as suits decide their
next robbery.

Not in the urban sweat and swing—
I want to retreat to God’s glory,
give words to gratitude in the winter
of now. The song of April in December
singing Christmas Carols way too soon,

the death of hate and hope eternal!

I want to live another day, despite
the night’s salty margarita I should
not have imbibed—

I should have looked “alcohol” up
in the dictionary, studied something
I considered a right to enter!

I should have dreamed another dream,
but maybe God will give me a second chance.

A blast to a second wind, a lost dance—
a far off romance!

Chastity is the wise course of failures
like me.  A handsome waste of sperm,
reaching you as you turn—

The way back home revved up
in the worst inventions of all time,
loud motors, the rotors of choppers
the motorcycle berm, another earth
burn, the fuel of fools

to go faster past our five senses’ need
to sense, there’s no sense in it,
could I get my change back?

My apple pie with fries, a bad combo
of meals taking hours for my
stomach to decide—

should we let Bill live or die?

Your choices do come back to
haunt if not chosen right!

Will I have nine hundred years to
live like an Old Testament wise man?

Will I die in the breeze of forgotten
memories?

Never, if sober.  God is just, and
takes away pain when you ask the
right questions.  Ask for support
or rest… and receive.

Give it to me today,

Come, read to me some poem,
Some simple and heartfelt lay,
That shall soothe this restless feeling,
And banish the thoughts of day.

Read it to me not here.  Make me travel
and strive to receive it, LORD—
written in capitals from the mighty
Torah, not as the Lord of love brought
by your rebellious rabbi son.

Make me travel to the mountain.

Surprise me with a dream.

For the soul is dead that slumbers,
And things are not what they seem.

Is nothing without the meaning we give,
the soul of place—words we sing, Amerigo
Vespucci coining something, a coast with waves
and life, indigenous and white.

America is nothing, words without meaning
until we pray and bring in Gods to bless, the
day to day rising like a tide, word to word we
try to match feelings inside.

You look at the world, our word for it, try to
get past Borgesian fictions to accept that words
are what we have to conjure and communicate.
We settle, call things “things”—dream.

America is nothing without the dream we bring,
we fill an empty vessel, the uncarved block
of the Tao Te Ching.  A rose by any other name would
smell as sweet, Shakespeare meat,

Something there is that doesn’t love a wall,
wants it down in Frostian weeds.  Dust thou
art except the soul, and the demons you fight
in others, immigrants, outsiders

are really inside of the fighter.  Our current
“president” watches a lot of TV, some say this
candidate of hate accentuates the divide the
devil tries.

Good news: you don’t have to do anything.
Stand tall or low, firm or soft—do nothing.
Gandhi wanted to change their minds, not kill
them for universal weaknesses shared by all.

Trump talks taxes during a lethal storm, an evil
brought by the wind of bigotry, hating black
people and women—their turn to lead.  Right and
left, all spending too much,

money we do not have, playing God with promises
impossible to keep, getting elected with
private campaign money the eye of the storm
putting money, not ideas… in government.

We kick the natives and their god out,
run our slaves then pay them not, kill JFK
and accept the official story, for to delve in
too deep gets you killed, CIA diabolical feats.

Mark Lane defended Oswald perfectly from
afar, indicted CIA skillfully for anyone with time
to read. They call our president “powerful,”
a laugh, God’s got a bigger stack of chips—

just think about that.  Asymmetry of information
leans on Trump campaign dudes until we might
segue back to 1972, Nixon in flames, Congress
to blame, or is it Samuel for asking for a king?

Lying every other line is consistent with guilt,
the cover up worse than the crime, corrupt
politicians fattening all the time, and what could
we expect with such a wide path to Evil?

Jesus and the elders were right, but we keep
looking around for an easier fight, until a few accept
the narrow road to heaven, seeing we can’t do
much so wait, ask for a blessing, aspire to patience.

We sometimes embark on geographic solutions,
head off where the grass is greener, the whole
discovery period in Europe one of these but worth it
to advance and bring the world closer to itself.

One click away from the other side of the planet seems
a large feat while a photon of light travels seven times
around it, there must be larger powers, atheists,
there must be!!

The wide narrows when we call out pharmaceutical
ads in their evil, C2H5OH the flammable thing sold
as “drink” by devil’s agents, sport itself a great
gateway to alcoholism and divorce.

While writing this screed, the poem looked back
got hit in the front, wearing headphones, looking
down at a cell while walking—which is worse,
that or driving?

Gan the word for eyesight placed first by Okinawan
karate warriors… Beware!!  Could a man rightly
think he could at least have a Cast Away moment
with his first crush, say good-bye?

God bless us to less whining, more striving—less
expecting on the grateful mission of knowing we
don’t know very much, “America” just a word of
many, a polytheistic remedy to time’s forgotten

mystery, Heaven is peace of mind and “other
such dreams,” life…

“it’s like anything else,” Wood Allen feeds, movies
are what they seem, the daytime soap opera
dream washing out our fatigue, giving us space
to think.

America, lol, let’s look at devils within, be
unafraid looking back, making amends, smoothing
out our belligerence.  Education of the MLK and
Gandhi level takes a special focus,

God bless us to it, the fight for justice.  Never bow
to evil, gird us up, God—let’s beat the devil, cast
him behind;  finally cast away, we can be the knight
in our own epic, be heroes in the strife—

Use words because they’re there, their meaning
growing with every blessing.  God bless these words,
even “America,” and all the other nations needing
you, not men as king.